October 11, 2008
Iceland: a transit point between Greenland and Britain in the board game Risk to some, a source of lush adventurous pop music for others, and a blank to many. The small, rocky outcropping of 300,000 people and (allegedly) 500,000 sheep usually doesn’t get our attention. But this week, the banking crisis that has swept across North America and Europe is dealing a mortal blow to the entire country. The government nationalized or took control of its three biggest banks this week, its debt has been downgraded, and its plunging króna currency is barely trading on the international market. The crisis has even taken on a geopolitical tint; our NATO ally is in talks with Russia for a 4 billion euro loan, a move that would nearly double its foreign-currency reserves. Why are Iceland’s banks so big, and why are they, the currency, and the national economy in such trouble today?

Quite simply, leverage. Like a light-swinging baseball player who’s just discovered creatine, Iceland’s banks bulked up on foreign deposits and ventures to the point where they dwarfed the rest of the economy. The country’s external debt, driven largely by bank obligations, is estimated at nearly $120 billion, six times the country’s GDP. Paul Rawkins of Fitch Ratings (which just downgraded much of Iceland’s bank company debt [1] to a junklike CCC rating) points to a liberalization of the sector at the beginning of the 2000s. The domestic deposit base was small, so banks went abroad to look for investment opportunities. They succeeded, becoming major players in retailing and pharmaceuticals, taking big stakes in ventures ranging from Saks Fifth Avenue to the West Ham soccer club in England. They drew depositors from other countries with attractive interest rates and aggressive marketing—in the United Kingdom, 45 local councils [2] are thought to have large deposits in Icelandic banks. Because the banks were profitable (realizing an overall return on equity as high as 40 percent [3] in 2006), the Icelandic government’s touch stayed gentle. Foreign-currency accounts almost quadrupled in 2006 alone.

And when the global credit crunch approached, Iceland’s banks weren’t ready, their currency wasn’t trusted enough, and there was no one left to turn to. Salacious stories circulate [4] about a January meeting in the capital city of Reykjavík in which hedge-fund managers allegedly openly discussed their bets on a downward turn for the Icelandic economy. Whether or not investors’ actions against Iceland were coordinated, the effects were dramatic. By the spring, the currency had already lost more than one-quarter of its value, leading to a decline in purchasing power at home. As other countries and banks acted to bring their own money back home, Icelandic banks couldn’t meet their obligations. Jon Levy, an analyst in the Eurasia Group, says, “It’s not necessarily the case that these were poorly run banks. They are highly dependent on interbank markets and other sources of global-capital allocation.” After bulking up, the banks were drained and lost all their strength.

No one cast them a rope. The U.S. Federal Reserve opened a currency-swap agreement [5] with Scandinavian counterparts Norway, Sweden, and Denmark in late September, allowing them to draw on U.S. currency if needed. Iceland’s central bank, which had been looking for suitors, was excluded. While the government was on solid ground, running its own surpluses, it’s so small that it can’t plow billions into the financial sector like bigger countries can. Iceland’s banking industry is big and international, all right, but not so big that we can’t let it fail, it seems.
It’s somewhat bewildering that Iceland turned itself, effectively, into a giant hedge fund, because—brace yourself—its fundamentals really are strong. Fisheries, although declining, remain the largest sector, and marine products make up more than half of all exports [6]. Aluminum smelting is a big and growing business, with the value of aluminum exports almost doubling from 2002 to 2005. Renewables constitute more than 75 percent [7] of the country’s domestic energy supply, and talk continues [8] that Iceland can switch to a hydrogen-based economy with growing international interest to follow. And all these exports bring in badly needed foreign currency. But none of these sectors was as attractive as finance, which metastasized into lavish construction projects and high living at home as newly flush Icelanders tried to figure out how to spend their banking-sector profits.

Iceland’s crisis is rippling beyond the island. British Prime Minister Gordon Brown is threatening to freeze Icelandic assets in the United Kingdom and has already seized U.K. deposits [9] at one Icelandic bank. Big retailers could be sold off [10] as Icelandic investment vehicles try to bring some needed currency back home. A Russian loan could, according to the Eurasia Group, give Russia an inside track on Icelandic auctions for offshore oil and gas exploration and production expected next year. Seafood-industry analyst John Sackton of Seafood.com told The Big Money that Icelandic banks were among the few to take a chance on financing fisheries ventures, which are volatile due to fluctuating catches—many of these are now in question [11]. And there’s already renewed clamoring for Iceland to join the euro, which would protect it from runs on its currency.

There’s a resilience in many Icelanders that could help them weather all of this despite the prospect of national bankruptcy and the inevitable pain the country will suffer. Örvar Þóreyjarson Smárason of the experimental band múm says, “I think going through a storm like this will be positive for Iceland in the end. Get people’s feet back on the ground, there is so much more to life than consumption.” Or Icelanders could turn to their history. In Independent People, Nobel Prize-winning author and national hero Halldór Laxness traced the travails of Bjartur the farmer. He pays off the last of his debts in the final chapter—a simple victory in a harsh land.

Popular posts from this blog

This Recession Was Brought to You by the Letters U, V and L

January 13, 2009
A popular question [1] for economists lately has been what shape this recession will take. Will it be a “U,” a “V,” or maybe an “L”? Could we even find ourselves caught up in the roller coaster of a “W,” just when we think we’ve finally voted out that letter once and for all? What’s with the alphabet soup? This categorization is a kind of verbal shorthand for describing the shape of the ups and downs of the gross domestic product and the broader economy. It’s not an exact science, which is part of the reason there’s so much debate [2] about which type the United States is experiencing. There’s no governing body or think tank tasked with crunching the numbers and officially declaring a recession one letter or another. In general, V-shaped recessions are those that last for a few quarters, while the more unpleasant U-shaped recessions can drag on for up to a couple of years. It’s the difference between a head cold that clears your system in a week and a case of bronchitis that leaves
Read more
February 05, 2009 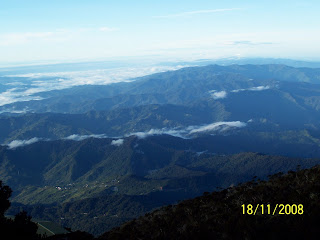